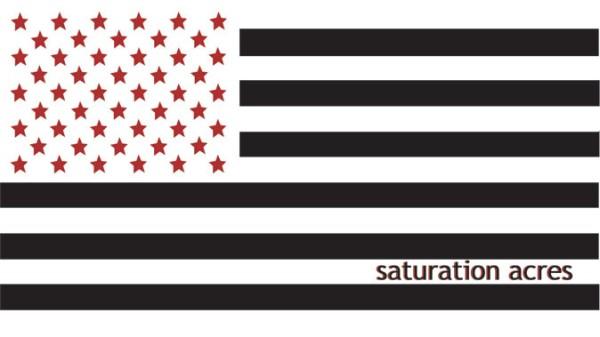 Saturation Acres is a recording studio located in DuPont, PA. It is owned and operated by Bret Alexander, songwriter, guitarist, and producer for The Badlees, a band which reached national success in the 1990s and continues to enjoy great regional success to this day. Alexander opened Saturation Acres in September 1999 at its original location near Danville, PA along with fellow Badlee Paul Smith. The duo had recently recorded and produced the Badlees’ album Amazing Grace independently in Alexander’s basement, after the band found itself in major label “limbo” the previous year. The result was an album that sounded as good as anything coming from the major studios and a rekindled fire by Alexander and Smith to do more studio work (both had started out as studio engineers before forming the Badlees in 1990).

For nearly a decade and a half, the studio has been the most highly regarded and respected in Central Pennsylvania as hundreds of projects have been produced at Saturation Acres. These projects have crossed the musical spectrum from hard rock/heavy metal to country/Americana and just about everywhere between. There is also a great diversity in the level of artists with national acts like Breaking Benjamin and Darcie Miner recording in the same place as scores of regional acts like Imaginary Lines, Mycenea Worley, HotWingJones, Ed Randazzo, and a list too long to reasonably list here.

In 2007, Smith left the studio as a full-time partner (although he still works on many projects) and Alexander decided to relocate to the less rural, current setting in the heart of the Wilkes-Barre/Scranton corridor of Northeastern PA. Although the studio has lost some of the mystique of its former remote setting, it’s new locations gains much in convenience for artists. Alexander says the most rewarding aspect of his work is when he takes a mish-mash of ideas within a band and forges them into a cohesive direction. As he put it in an interview a few years ago;

It’s so cool to get them in a room, and get them on the same team, and start to figure out exactly who they are. And all of a sudden, it’s like ‘OK. Now we know. Now we know who we are, and what we’re good at. Before, they were just playing.”