Going the Extra Mile with Giants of Despair 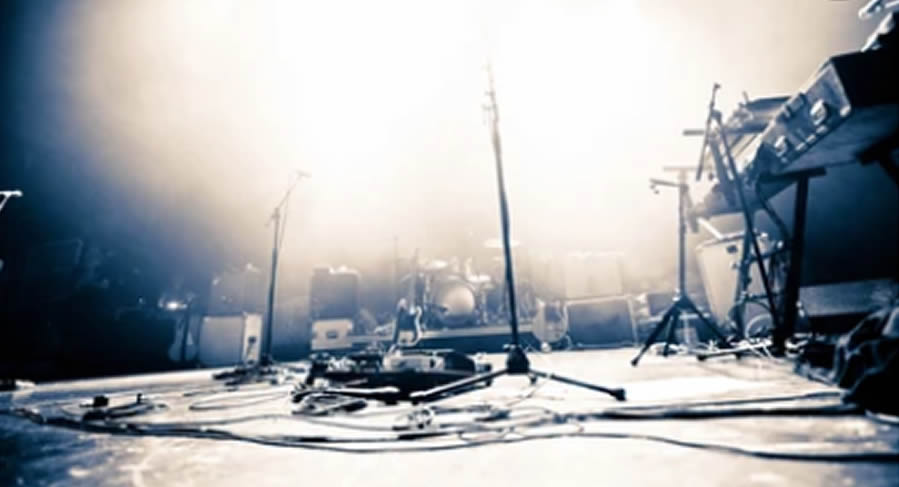 As we arrived at the Fieldhouse in Etters, PA, we discovered the rather large parking lot was full, not a single spot left in the main lot. After parking in the overflow section on the hill above the restaurant, we made our way inside. It was standing room only at the bar. In the dining area, tables close to the stage were filling quickly. No doubt that this crowd was there in anticipation of a great show from the night’s entertainment, Giants of Despair (sometimes abbreviated as G.O.D.).

The band, whose name is derived from a steep hill in the Laurel Run section of Wilkes Barre, PA, are Bret Alexander (vocals, guitars, and mandolin), Jeremy Hummel (drums), and Jason Shaffer (bass) and occasionally, Nyke Van Wyke on violin. The band plays a mix of classic covers from bands such as The Beatles, The Rolling Stones, Credence Clearwater Revival and Johnny Cash along with some original songs from Alexander.

The credentials of the gentlemen in this band are quite noteworthy. Alexander is best known as a founding member/chief songwriter of the Badlees and recording engineer/producer of Saturation Acres studio. Hummel was an original member of Breaking Benjamin. His drumming is on their first two albums and he toured the country twice with the band. He is currently in great demand as a session drummer and drum instructor as well as a contributing writer for Modern Drummer. Shaffer was part of the popular local band, Grantham Road who once opened for Hootie and the Blowfish and released an album (Parade) which received national airplay. Shaffer has also built a solid reputation as a recording engineer working out of After 7 Studios in Mechanicsburg, PA. Van Wyke has a demanding schedule as a highly sought after session musician and was unfortunately not available for this show.

The result of this combo is a crowd-pleasing bar band with experienced showmanship and classic style. The band started the first set with “Uncommonly Blue” from The Cellarbirds’ Perfect Smile album. More than a few fans in the crowd knew all the words and were singing along. This is what really made this “bar band” stand out from the rest – original music as well as the superior musicianship of the band. The clear difference between this band and other talented local bands is Bret’s original music. The quality and craftsmanship of his songs were the driving force of The Badlees‘ success and what has built a loyal base of local fans that support him in his various musical projects.

According to Bret, he wanted to be a musician since his early teens taking up the trumpet in school and then learning guitar. His first band gig was in high school with a local band from his hometown of Canton PA. Bret explained that he got the spot because the previous guitarist had gotten into some trouble with the law and his mother took his guitar away. In the late 80’s, Bret along with guitarist Jeff Feltenberger and drummer Ron Simasek formed ‘Bad Lee White’ eventually adding singer/front man Pete Palladino and bassist Paul Smith. Fans shortened the band’s name to The Badlees and it stuck. The Badlees were the vehicle for Bret’s songwriting throughout the 1990’s spawning the hits “Angeline is Coming Home” and “Fear of Falling” from River Songs in 1995. While these may be the songs for which Bret has received the most commercial success, they offer only a glimpse of the true ability of this songwriter to touch his listeners.

Perfect Smile from the Cellarbirds and Gentleman East, a solo CD, are testaments to the depth and range of Bret’s writing. Such lyrics as – “My heart’s a gnarled tree wrapped inside of me / looking for the light that seldom shows” – from the title song Perfect Smile, paint a stunningly beautiful image both visually and emotionally while the aural vibe is reminiscent of the Beatles.

Gentleman East, Bret’s solo effort released in 2004 was a clear departure from the pop styling of the Badlees and the classic rock and roll sounds of The Cellarbirds. The influences of Tom Waits, Johnny Cash, Bob Dylan and John Lennon are apparent throughout the songwriting and stripped down instrumentation. Bret cites “I Want to Win in This World”, performed with just an acoustic guitar and deep, earthy vocals, as one of his personal favorites on the album. A longtime fan of Bret’s songs attests, “I listen to his stuff over and over again and find the many layers he has built into a seemingly simple song. Each time I discover something new. I think that’s one of the big things. At first blush some of the songs sound deceptively simple, but when you really listen, you realize how amazingly complex they are. By the same token there is great beauty in simplicity.”

When Bret isn’t writing, performing and recording his own music, he can be found in his studio, Saturation Acres, co-founded with Badlees’ bassist, Paul Smith. Saturation Acres has grown into one of the finest recording studios in the area. Having recorded and produced for a diverse assortment of artists such as Breaking Benjamin, Panacea, K8, Jared Campbell and John Blair, Bret says he enjoys collaborative work. “When you run out of new ideas of your own it is a good idea to get other perspectives…which fuels your solo work. It’s a circle. Whatever keeps me making music is where I go.”

It has now been nearly five years since we’ve had an extended album from Bret Alexander with many promises along the way of something new to come. In that time span, he has played live gigs with many different lineups from the three-piece Cellarbirds, to two-man collaboration with drummer Jeremy Hummel, to playing solo, to this latest lineup with Giants of Despair. There have been occasional new songs that have trickled out such as the moody, syncopated “Don’t Ever Let Me Down” and the pop-oriented “Well Laid Plans”, but we eagerly await another collection.

At the end of the night as we trekked back to our car parked in the outer reaches of the parking area, we talked about what we enjoyed most about the show. The band played a wide variety of covers which went over well with the crowd but we agreed that the brightest parts of the evening were when they played songs from Bret Alexander’s own collection. I was looking forward to popping in a Perfect Smile CD to listen to on the way home when I heard the opening notes of “Uncommonly Blue” blaring from a car pulling out of the lot. Someone else was also hungry for more!

So what can we expect from Bret Alexander in the near future? Giants of Despair will be playing a light schedule this spring and plans are forming for a studio project in the future. The Cellarbirds have a few shows booked over the summer. The Badlees have a new album in the works, expected to be completed this spring and plan to reunite for a few gigs this summer.