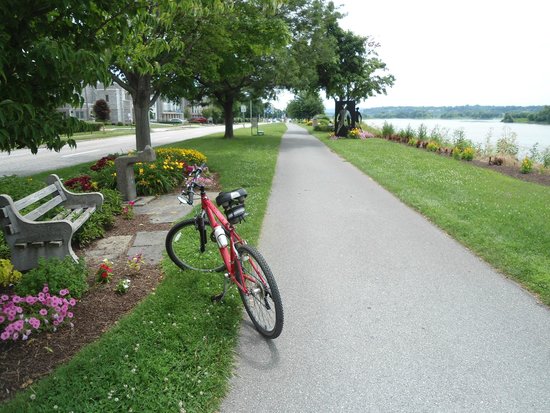 Sunday afternoon was a beautiful day to be outside. So, my family and I went to the Harrisburg riverfront to see our friend Chris Nelson perform. Chris is the organizer of Sound Off for Vets, which raises money for the Wounded Warriors Project. He also has a new album called The Invisible Man due out later this summer.

Chris played an hour long acoustic set, a nice mix of originals and covers (about 70/30 in favor of originals, which we appreciate) and his originals were split between those on his last album Nightfall and those on his upcoming project. But despite the great entertainment by Nelson and the other acts we were able to see, there was something missing here this Independence Day weekend.

When we moved to this area in 2003, we discovered the benefits of living near Harrisburg. Being music fans, we enjoyed the festivals most of all. Riverfront Park and City Island are truly unique and great assets to the city and its suburbs. In years past, these festivals capitalized on the natural beauty of Harrisburg and brought hundreds of thousands of people into town on weekends when the city would otherwise be deserted.

It was the 4th of July celebration on the river for years and then was renamed American MusicFest in 1999. The festival was always bustling with activity, with music wafting in the breeze intermingling with the delicious aromas from the food vendors and the picturesque backdrop of the river made for a fantastic family outing. There was music EVERYWHERE and more importantly there were people taking in the music and patronizing festival vendors and local businesses. That was American Musicfest, but American Musicfest is no more.

This year was the second annual Harrisburg Jazz and Multicultural Festival hosted by Mayor Linda Thompson. Last year we were told that all that was changing was the name and that we should still expect a wide spectrum of musicians just like we enjoyed at American Musicfest. Unfortunately, this was not the case. In fact, as I stood by the information booth, someone actually came along and asked, “Are there going to be bands playing today?”

The whole event seemed disorganized and disjointed. The only performance schedule on the website was from 2010. One of the brochures listed a schedule that was incomplete and listed both days as Sunday, instead of Saturday and Sunday. As with past Riverfront festivals there were three stages, but there was absolutely nothing festival related between the Market Street Stage and the Main Stage, which is about 5 blocks south, nor were there any signs to indicate where that stage was located.

As we strolled the riverfront, we heard birds chirping, boats motoring and the sizzling of food vendors’ grills. Relaxing and pleasant sounds, but hardly the signature sounds of a music festival. We felt badly for the food vendors who looked hungry for customers despite their enticing offerings and even worse for the musicians who were playing on oddly spaced stages to sparse crowds.

As Chris Nelson performed, he did attract a moderately growing crowd of passers-by. He played his brand new songs, such as the Gordon Lightfoot-influenced “You In the Sky”, the clever “In Praise of Failure”” and upbeat, country-laced title song from The Invisible Man. But growing as they were, the crowd was remarkably sparse, which got me thinking that this is like “the invisible MusicFest”.

This used to be a great festival centered on music that truly was “diverse.” Now it sounds like it should be centered around jazz, but where was the jazz? We weren’t sure when or where that was being performed and we certainly didn’t see or hear any during the several hours that we were there. If this festival survives to see another year, we hope the organizers are just experiencing a “learning curve” and that next year will be much improved.