May 1, 2014 Articles by Karyn Albano, Articles from DAMES of PA, Editorials 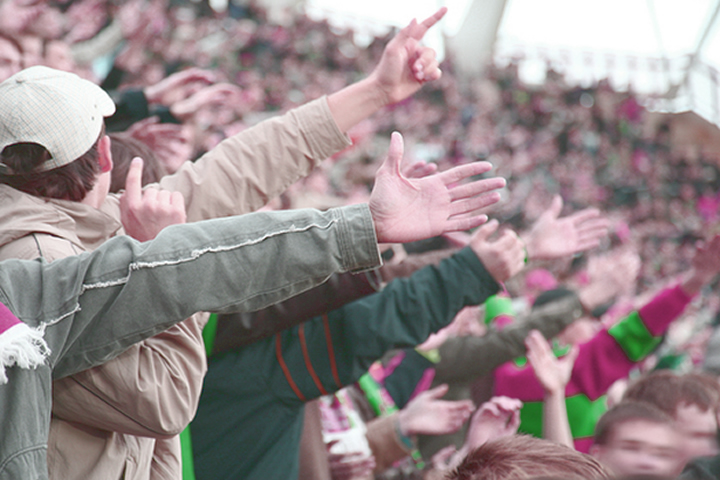 This article was originally published on the website DAMES Of PA.

I was struck by something someone said to me in passing a few weeks ago. We were hanging out in a local bar listening to some bands who played mostly original songs but also threw a few covers in every set. While one of the bands was playing a cover of Johnny Cash’s ”Ring of Fire” my friend said, “I like it best when I already know the song.” I didn’t think about it much at first and didn’t pursue the topic of conversation at the time, but something about that remark stuck with me.

I personally would rather hear original music since to me, it’s a more authentic experience. Any group of musicians can get together and through some rehearsing can put together an adequately entertaining list of cover songs. I’m not trying to knock cover bands, it takes serious talent to do justice to another artist’s song and some bands even manage to lend their own flavor to the familiar songs. But bands who write and perform their own compositions have taken their pursuit one step further. Whether what they’ve created is “good” may be subjective, but to have the ability to write a song and the courage to share it with an audience warrants an entirely different level of respect.

How did that familiar song become familiar anyway? Wasn’t everything new at some point? Artists all start somewhere before they become part of the “mash: that is spoonfed to the masses by the media. Granted, there are pre-fab groups like The Monkees and the pedigreed like Wilson-Phillips, but the vast majority of “already known” songs come from self-started musicians whose pure love of music long predated any strategy for fame.

If you are content to only listen to established music, think of all the missed opportunities. Can you imagine being part of the crowd at the Cavern in Liverpool when The Beatles were just starting out or putting a few dollars in the tip jar on the piano bar while Billy Joel played requests before becoming a household name (or just read the Wikipedia bio of whoever you like best and you’ll likely find similar, humble beginnings). Would THAT have been an enjoyable experience for you?

Going back to the Beatles example – what if no one came to the show on the day the record executives showed up – would they have gotten another shot? What if the crowds stopped going out to see Bruce Springsteen shows at the Stone Pony in Asbury Park, NJ because they chose to stay home to watch Desperate Housewives or American Idol instead? (ok, in those days it would have been M.A.S.H. or Mary Tyler Moore)

Supporting local, original music is like rooting for the home team – it’s a grassroots effect. I find it ironic how some Pennsylvanians who pride themselves on only ever rooting for “home” teams – the Steelers, Eagles, Phillies, Penn State or Pitt, would not give the time of day to authentic local acts such as The Badlees, Darcie Miner, Rhyne McCormick or Mycenea Worley. Think about it, out of loyalty they’ll root for professional teams made up mainly of players from out of state, but when it comes to music, they’ll support U2 or Garth Brooks over the talented musician who lives in their neighborhood.

Now I’m not advocating that you base your musical tastes on geography alone or forgo the enjoyment of listening to national and international artists. But I do encourage everyone to go out and give your local musicians a chance. Many of them are out playing cover songs in your local clubs because they think that’s what you want to hear. Why not ask them to play something they wrote? You just may enjoy it and before you know it, their songs will become familiar to you too.

One thought on “Rooting For the Home Team”