All In Time to Premiere 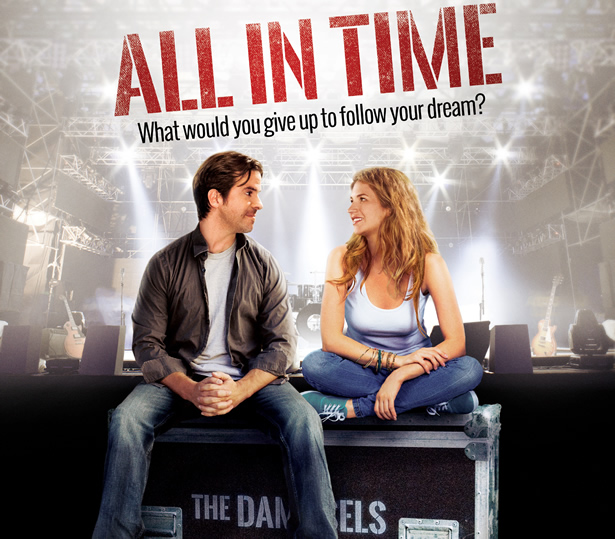 Mainly set in and filmed in the state of Pennsylvania, the film All In Time is set to hit theatres this Fall. The plot follows a New York based banker who leaves his well-paying job to return to his hometown (Wilkes-Barre) to manage a rock band that was up and coming when he was younger but has fallen on some hard times. He then launches a unique concert idea which eventually leads to some success and a whole bunch of unexpected twists.

All In Time was written and directed by Chris Fetchko and Marina Donahue. The basic setting of the story is based on Fetchko’s own decision to leave his New York based career in 2002 and launch a music management firm to manage The Badlees along with several other artists. Music in the film is primarily provided by The Badlees (as the fictional band “The Damnsels”) and Laura Shay, another artist in Fetchko’s management group. Shay acts in the film along with two members of The Badlees (Pete Palladino and Ron Simasek) and a cast of professional actors including Sean Modica, Lynn Cohen, Jean-Luc Bilodeau, Vanessa Ray and Josh Burrow.

The film’s production dates back to 2008 when Donahue first teamed up with Fetchko. After it was completed in 2015, All In Time was entered into the festival circuit and it was well-received and won numerous awards worldwide.

This Fall’s premiere schedule will include several live performances by The Badlees and Laura Shay, culminating with a December 16th event at The Chameleon Club in Lancaster, the same location where much of the film’s musical performances were filmed.

All In Time online