Jan 31, 2014 Articles by Karyn Albano, Articles from DAMES of PA 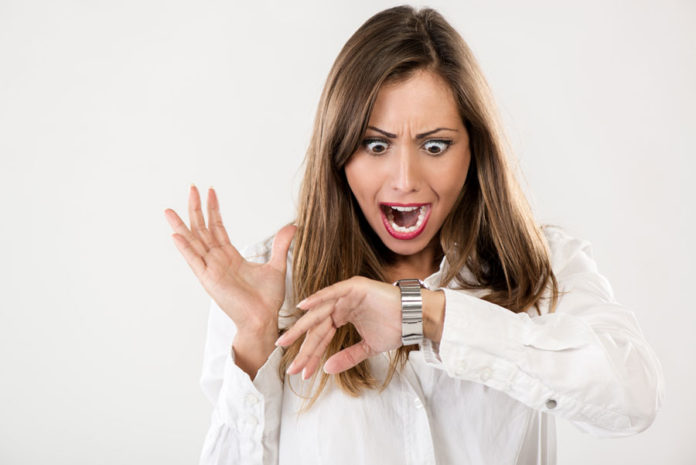 Most local music fans have become accustomed to the annoying practice of being told a show starts at 9 only to arrive at the venue and find it actually starts at 10. This entrenched habit of telling people to be there an hour earlier may have gotten the bar to fill up earlier in the past, but I think it’s time to be honest here – we music fans are on to this trick. The reason I don’t show up until 10 for most 9PM shows is that I know the start time is a lie and my time will be better spent doing something other than playing the waiting game.

I recently noticed a Facebook post by a random band stating that their show was almost ruined by a bar owner who apparently posted their start time 3 hours earlier than the time he booked the band to start playing. The owner was most likely trying to get some folks in earlier to start running up bigger bar tabs, but it backfired. Several fans commented that they waited for about an hour after the announced start time but then left because they assumed the show was cancelled and they went out to find their entertainment elsewhere.

When I read this, I thought of a show I just went to over the weekend. The flyer listed a start time of 8PM, doors open at 7PM. There were three bands on the bill, so 8PM didn’t sound like an unreasonable start time. If the openers were doing one hour sets and allowing for set up/breakdown between sets and the obligatory one hour standard delay one would assume that the headliner should be taking the stage a little after 11PM which would give them time for two solid sets before last call. However, the first band didn’t take the stage until a little after 10PM. There was no explanation or apology for the delay. They took the stage as though it was perfectly normal to start a show two solid hours after the announced start time. During those two hours, the crowd mingled somewhat awkwardly while a strange mix of music blared through the sound system. All of the equipment was on stage, the band members were observed milling about the room, but made no moves towards the stage.

So if you’re wondering why a room clears when you start playing, you shouldn’t necessarily take it personally. If your show was billed to start at 8 and you don’t start playing until 10, folks may have exhausted their enthusiasm on the two hours of silence that weren’t expecting.