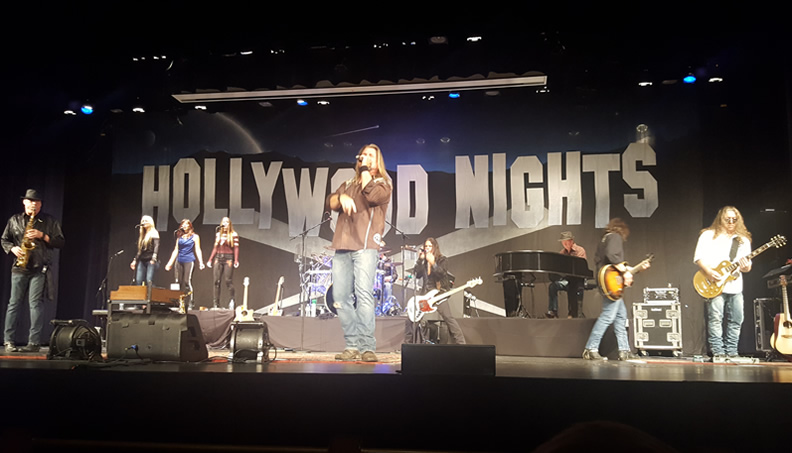 This latest version of Maggie’s World focuses on a performance of the Bob Seger tribute band, Hollywood Nights at the Wiltsie Center in Hazleton, PA in October 2018.

Hollywood Nights is ten piece band based out of New Jersey that pays tribute to the music of Bob Seger and is the real deal. We recently attended a show by this band and they rocked the house with their talent and their passion. Led by vocalist Rick Murphy, the members of this band include lead guitarist Chris Uyvari, guitarist and organist Roger Mancini, pianists Alec Hay and Paul Seigeldorf, saxophonist Steve Salter, bassist Glenn “Bird” Nichols, drummer Matt DeCarlo, and backing vocalists Liz Roding, Gloria Carpenter, and Robin Murphy also on percussion.

The Wiltsie Center (aka “the castle”) in Hazleton was the venue for this amazing 10 piece band. To me it was like a walk back into time at my old high school Alma Matter as we sat in the auditorium waiting for the band to begin playing. What a great place to host a great band. Not really knowing what to expect prior to this show, they came onto the stage with the aura of great performing attitude and stole the hearts of the audience right from the beginning of the evening.

Hollywood Nights played many Seger favorites such as “Traveling Man”, “Old Time Rock and Roll”, “Main Street”, “Katmandu”, and “Turn the Page”. During the song “Like a Rock”, Murphy told the story of the upset in the Michigan automobile industry and how GM used this song in its commercials during the 1980s and 1990s to hopefully build up the sales in their trucks. Another fan favorite was “Fire Down Below”, which had great guitar solos, note for note spot on to the original. 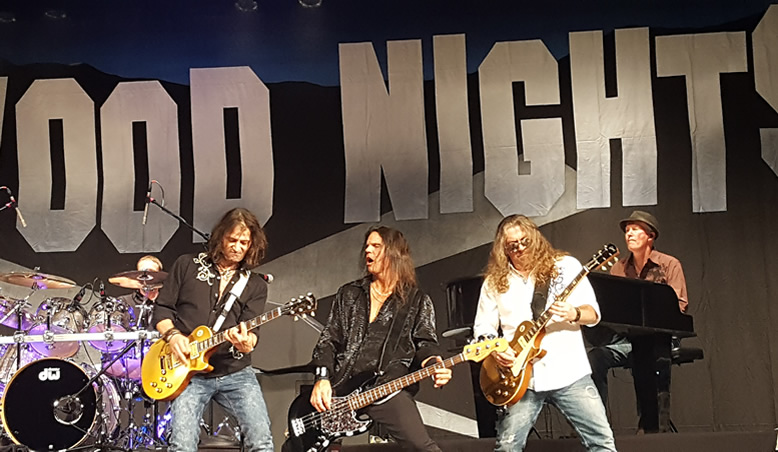 Other highlights included a solo performance on the baby grand piano, which they use in all their shows, captivating the audience. Also playing solos were the lead guitarist and the bass player, all highlighting their musical talent. As Murphy sang, he looked into the audience and catches the eye of an intent individual and will actually make you feel like he is singing this song to you. Every note, every tune, would it sound just like the real thing, Yes it did, you heard the exactness of the song with every performance and it just sent chills through your body.

The band gauges their performance by how the audience is responding to the show and I can tell you the audience was engaged with people dancing in their seats, clapping to the songs, and singing. During the show, Murphy also stated that they were early in arriving to the Wiltsie center, but that they did not mind as they did not want to be late getting started for the show. They also mentioned multiple times that they ate Carmen’s pizza, a local favorite. The running joke was that it was meant to be eaten cold, not ever having this type of pizza before, to them, it was “awesome”. 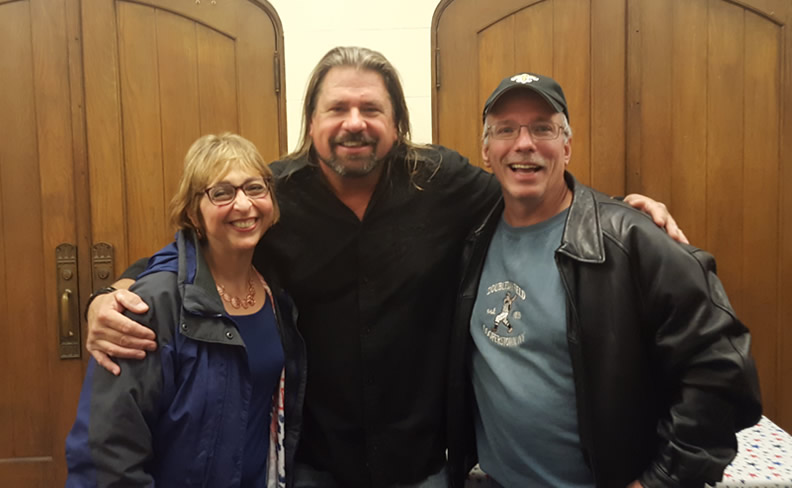 Hollywood Nights is a band that you want to see they are very personable and they enjoy the audience, they take the time to come out and pose for photos with their fans and you can tell that their heart is into their music as well as their fans.

If you get the opportunity to see them perform, (their next scheduled local performance is February 16, 2019 at Penn’s Peak in Jim Thorpe) I suggest that you do, because few bands come this close to the real thing, not to mention that it will bring you back in time, as Rick Murphy states whether it be a good time, or better time or an indifferent time we can all relate to the song as we are “running against the wind”.